Panduwasnuwara, the oldest of the capitals in the district is Panduwasnuwara, on the Kurunegala- Chillaw road, which according to legend, was the capital of king Panduvasdeva, who succeeded Vijaya, the first king of Sri Lanka. (circa 5th century B.C. ) Several sites here date by tradition, from these early times-especially the Ektemge, the moated tower where Princess Unmada Chitra, so beautiful that she drove men crazy, was confined because of an ominous prophecy of untimely death in the family. A forested mound is also identified as the tomb of king Vijaya.

Panduvasnuwara's many other archeological remains date from the 12th century when it was known as 'Parakramapura' and was used by Sri Lanka's great medieval king Parakramabahu I as a stepping stone to his great capital - Polonnaruwa. Among the many impressive ruins are the citadel walls and moat, the royal palace with carved pillars and guard stones, and a beautiful Bodhigara, the edifice round the bo-tree, sacred to Buddhists. Other 12th century remains include shrines, a monastic complex, stone inscription as well as a tank ( irrigation reservoir) A visit to the small archaeological museum here is well worth while, to see the collection of 'finds' from the excavations especially a small bronze statue, very similar to the famous sculpture of King Parakramabahu at Polonnaruwa's Potgul Vihara. Panduwasnuwara also presents a fascinating insight into the layout and ground plan of a medieval Sinhalese royal palace, complete with inner court yard (meda midula) and fortifications. 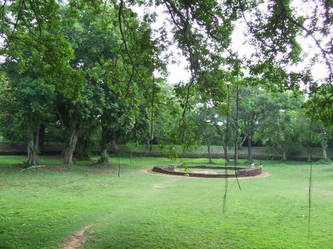 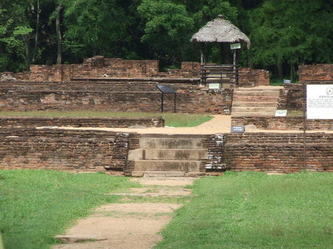 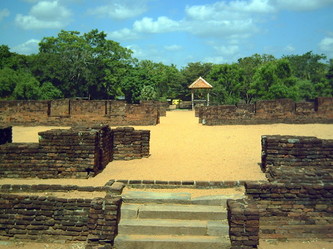 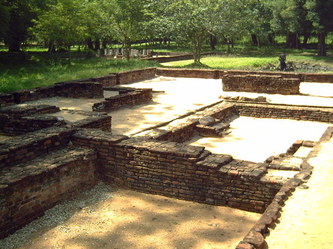