Yapahuwa An ancient fortress and capital built in the year 1301. Yapahuwa is a rock rising to a height of 90m.  Many traces of ancient battle defaces can still be seen, while an ornamental stairway, remains its biggest showpiece.

"Yapahuva" the the 13 th Century capital in Sri Lanka, was made King Buvanekabahu I. Here the chief object is the rock which rises about 300 ft above the surrounding land. The land at the base to the south is fortified with two moats and ramparts . In this enclosure there are the remains of a number of buildings.

The tooth Relic too was brought from Dambadeniya kept in the special built for the purpose.

This fortress capital capital of the Sinhalese kings when abandoned was inhabited by Buddhist monk and religious ascetics. The relics were carried away from the temple here to South India by the Pandyas, and then recovered in 1288 by Parakkramabahu III (r1287-1293), who temporarily placed them in safety at Polonnaruwa.
ROUTES
Return from the main road and turn north to Mahagalkadawala (24km); turn left in town to see Rajangane (1km) and Anuradhapura (37km). 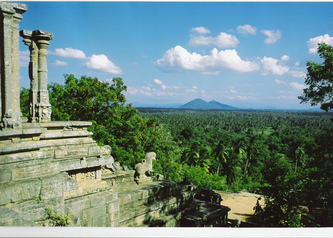 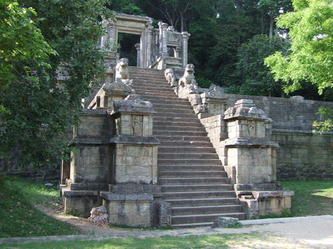